We had a chat to 3 local brothers who took on a piece of Bendigo’s history when they purchased and re developed an empty shell in the old St Aidans Orphanage in Kennington. What attracted you to purchasing an empty shell? What part of the orphanage did you buy? Originally I came to take a look at one of the empty shells with a mate who was looking at purchasing one.

We had a chat to 3 local brothers who took on a piece of Bendigo’s history when they purchased and re developed an empty shell in the old St Aidans Orphanage in Kennington. 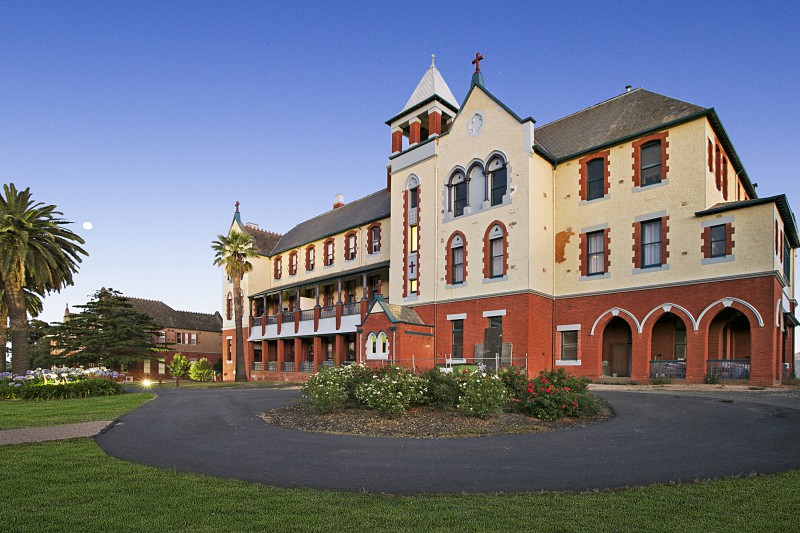 What attracted you to purchasing an empty shell? What part of the orphanage did you buy? Originally I came to take a look at one of the empty shells with a mate who was looking at purchasing one. I wasn’t really looking, in fact my brother and I were waiting to get a building permit through on another project we had invested in. Ironically I came along with a mate for a look and was blown away with how much character the shells had. I walked away thinking that if I wasn’t already committed to another project, I would buy one in a heart-beat. In the week that followed we suffered some massive set-backs with the other project. This started me thinking that maybe we could fit out one of these empty shells in the interim. So I called the agent and asked to go back for a second inspection… After going through the same shell he mentioned that the “Chapel’” was about to go back on the market and asked if I would like to take a look. Out of sheer curiosity I went along to view the “Chapel”. The minute I saw it I knew I would be crazy not to put in an offer. The space was incredible, even as a derelict shell I could see its potential as an amazing open plan industrial style apartment. So after extensive negotiations both on price and with my brothers to get in on the investment we brought it! Who was involved in the development? My Brothers Tom, Liam and I did the majority of the work ourselves. One of the things that attracted us to the Chapel other than its character, was the fact that the layout didn’t need to be changed much at all. It was already designed as a three bedrooms / one bathroom apartment. I knew that this would save us a lot of time and money in the construction phase as it didn’t require a lot of engineering work. 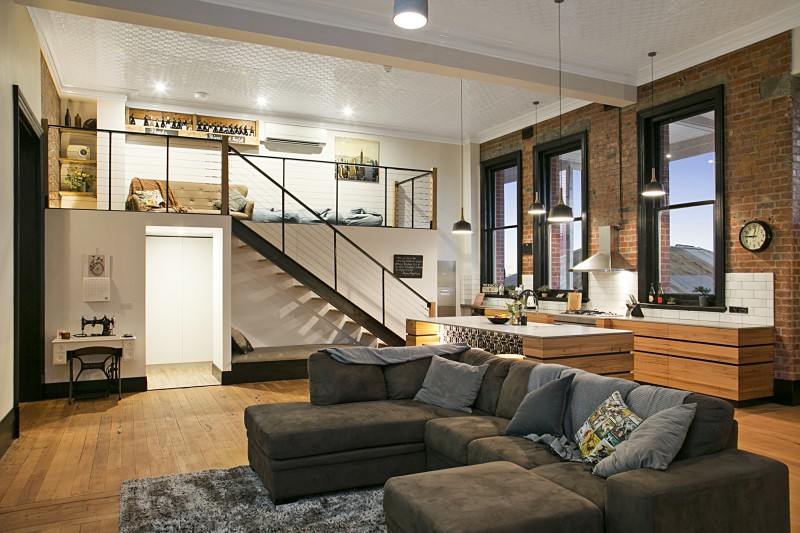 Who designed the apartment? Penno Drafting drew up our plans, but we designed the layout ourselves. We loved the open plan “chapel room” and didn’t want to change this space too much. Penno Drafting were able to preserve this space and incorporate everything that we wanted and needed in the apartment. As with any retrofit renovation it is always tricky to get the best positioning of services. In this construction it was more difficult due to the positioning of the plumbing in the ceiling of the apartment below. This was probably the most challenging part of the planning and design phase. After seeking lots of advice from experienced plumbers and some of the other residents who had overcome similar issues, we were able to sign off on a plan that we were happy with. What hurdles did you face given the property’s age and heritage listing? Initially we thought that the property’s age and heritage listing would create huge challenges however as our plans involved minimal structural changes with a few additional walls here and there this wasn’t the case. There were a couple of minor requirements we had to adhere to, they were: • A pressed metal ceiling had to be reinstated throughout the apartment. • We either had to restore the existing stain glass windows or glaze around them to seal them off from the weather. In the end these are both things we were really happy that we were required to do, as they have become key design features of the apartment and compliment all other work that we did. How long did the project take? We set out to do this project in a year and we successfully completed it just under the full twelve months. The initial stages of planning and obtaining our building permit took a little longer than expected, but with plenty of late nights and working almost every weekend for eight months we were able to make up for lost time. 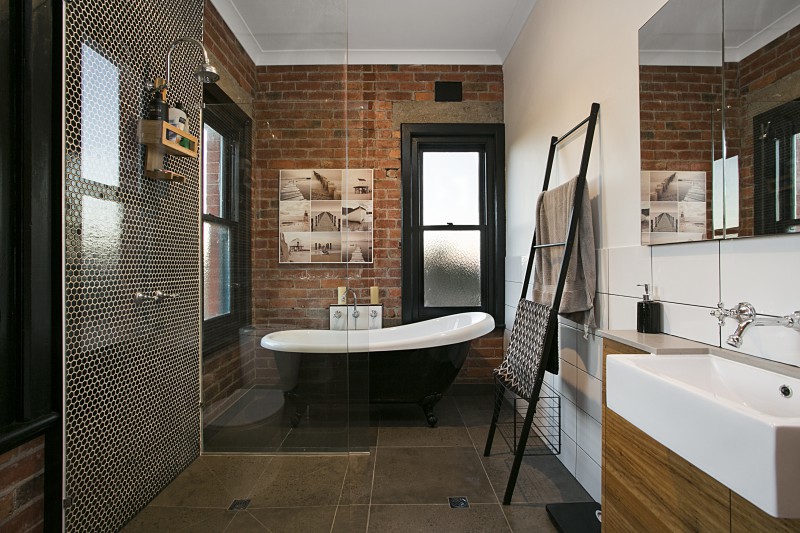 How did you go budget wise? Going into this project we knew our budget was going to be tight. As always there were unforeseen costs, and before we knew it the budget was blowing out. In the end however this just meant that we had to roll up our sleeves and do the majority of the work ourselves. Luckily Liam is a carpenter and was able to do a lot of the work that we would have had to employ a builder to do. This was what allowed us to finish the project on budget. Since finishing and talking with some of the other owners, it has really made me appreciate how fortunate we were to be able to stick to both our budget and projected timeline. While it would have been nice to employ a few more trades just to lighten our own workload, we realise now that it has all been worth it. Did the design / plan change over the course of the build? No, and I think that this was another reason that we were able to stay on track with our budget as we had a workable plan in place from the outset and stuck to it. Changing things typically costs money – this is an expensive trap that a lot of people fall into. 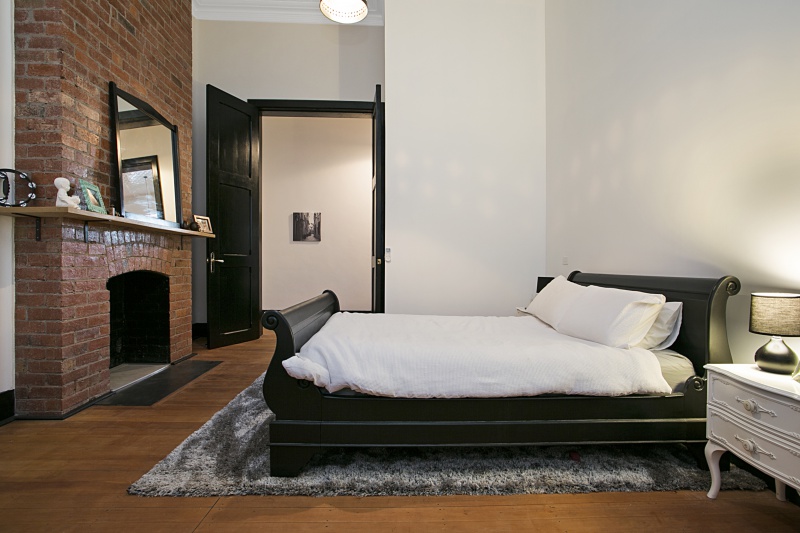 What was the most challenging thing during the development? There were many challenges during the project however I’d have to say installing our new pressed metal ceiling was the most challenging part of the whole development. This included the following steps: • First – 2 layers of sound proof insulation between our ceiling joist, then 2 layers of fire-proof plaster needed to be hung and stopped up • Next – we installed a drop ceiling to run our services through (i.e. electrical and fire alarm) along with another layer of soundproof insulation • We then – had to fix a layer of MDF sheeting to the drop ceiling for our pressed metal to be fixed to, • Then finally – we had to hang the cornicing and paint it all The other major challenge was working the whole project around everyone’s full-time work schedules; resulting in no social life for the best part of a year! 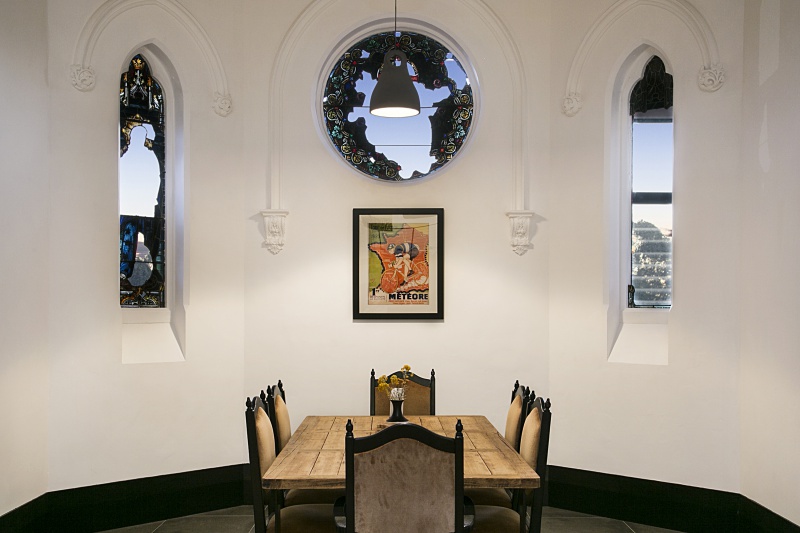 Shaun is now running a handy man service specialising in small renovations on heritage houses. Shaun saw a need for an affordable and reliable handy man service while working on his own projects and has now been running the service for just over a year. Please feel free to contact us here at McKean McGregor for his details. Shaun, Tom and Liam would like to thank the dedicated trades that helped on this project. Redhill Design Cabinetry looked after all the cabinetry on this project and delivered cabinetry that is not only functional but also a major feature in the house. Kowelec Electrical Contracting look after the lighting design and installation, their knowledge only lighting lay out and installation was a key to really emphasising the feature in the apartment. 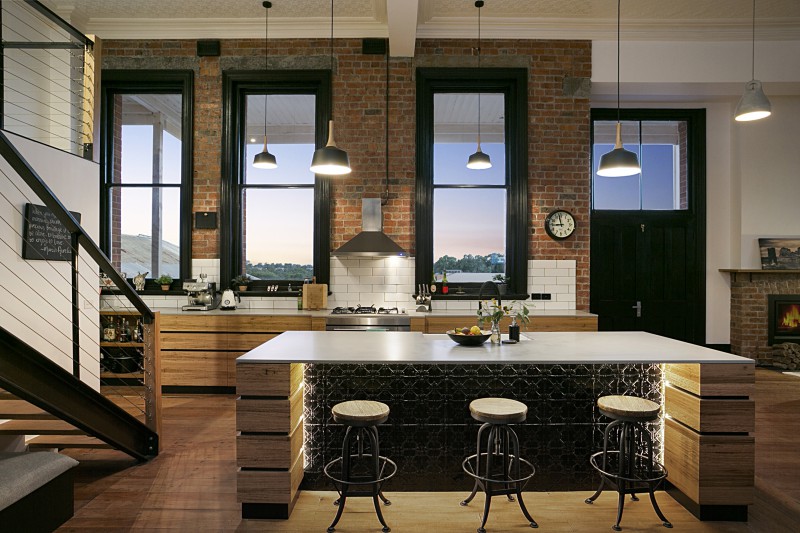 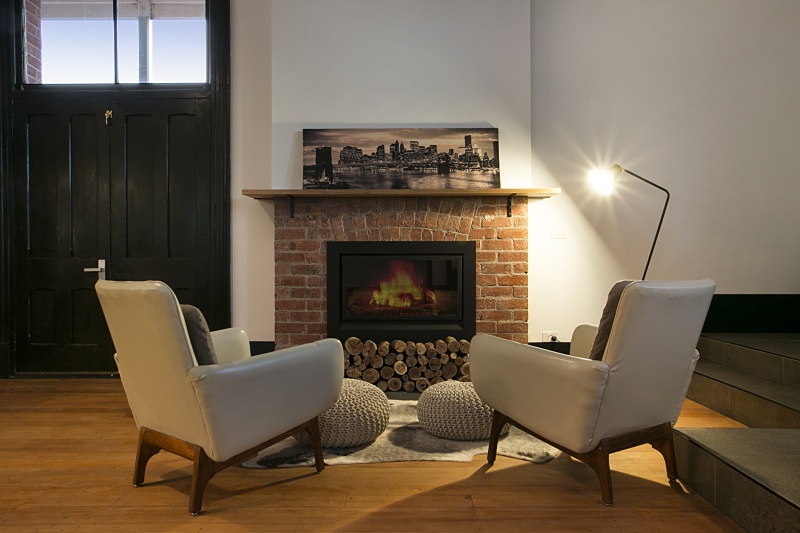 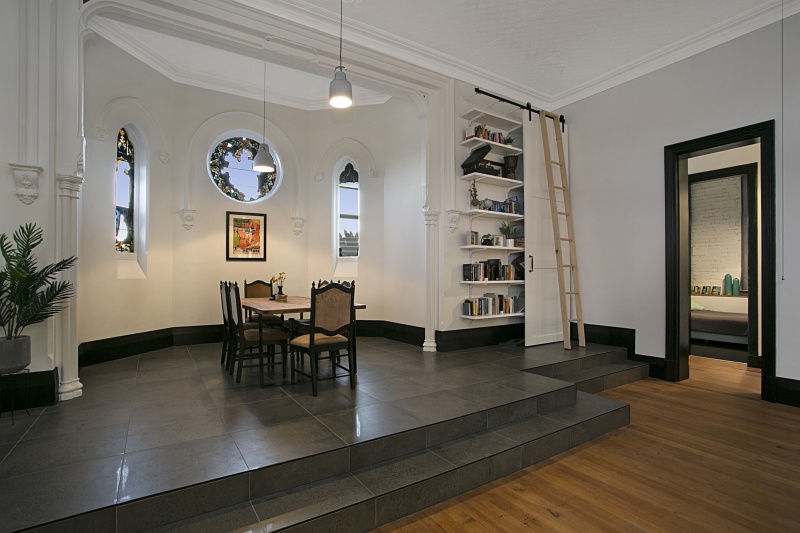 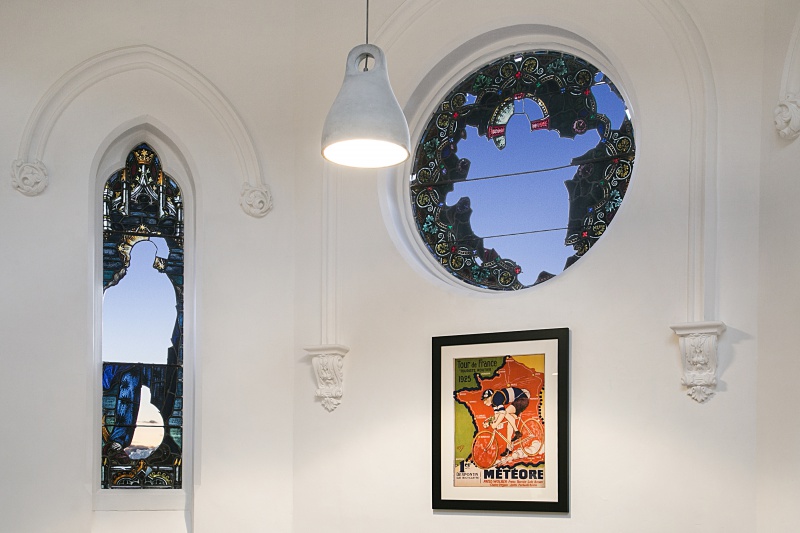 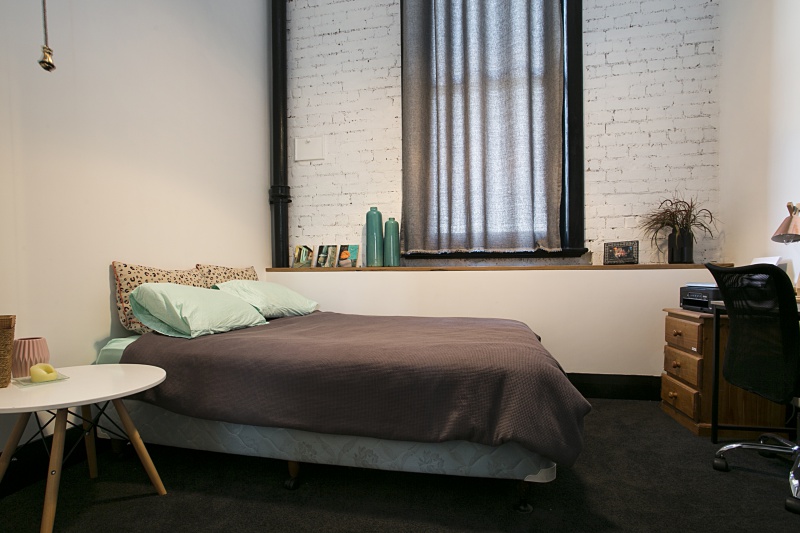 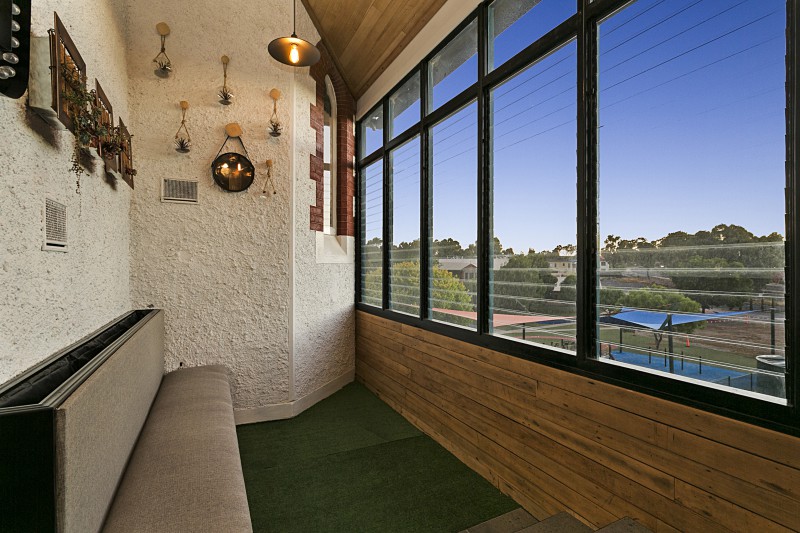 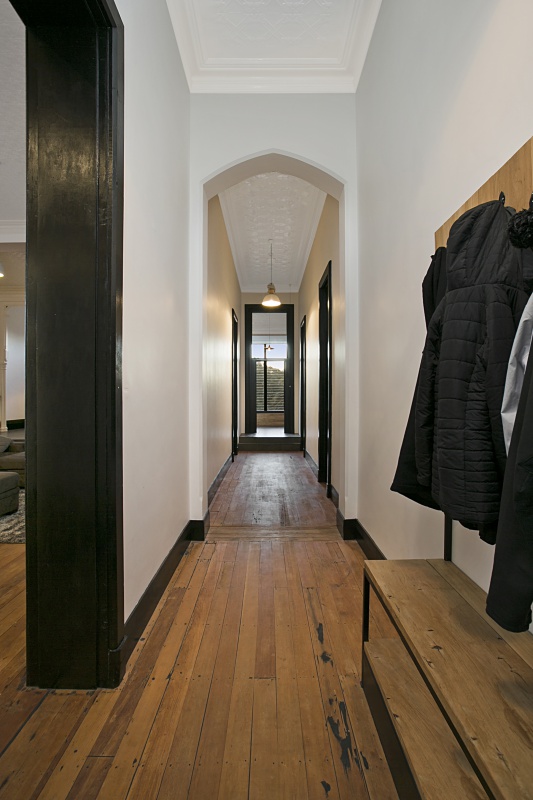